Discover The Founder Of JG Media

Joe George is a professional Musician that has dedicated his life’s works to music and performance. Perfecting his technical abilities and unique sound over the years. 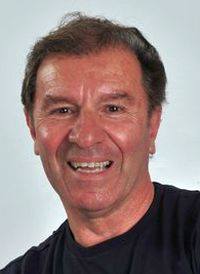 Joe George has mastered live shows and unforgettable studio recordings, while captivating the hearts of fans and audience members. At the age of 18, imigrated to Australia  where we formed a showband, soon we were playing seven nights a week in pubs and clubs and we were very popular around Sydney.

After a while we were approached by an agent to go and play during the war of Vietnam to entertain the soldiers. We done an average of two shows a day playing from Saigon to the border  of Cambodia and back and that lasted 3 months.

We finished our tour doing another 3 months in Thailand and Sinapore. I met my lovely wife Diane we had 4 children, Michelle, Wayne, Richard and Danny. My kids had a very good year, in 2014, when they were ambassadors for Malta in the Eurovision song festival, with the band FIRELIGHT singing 'COMING HOME' (written by son Richard) They all have a talent in their own right, and I would love to do a concert with them with all our original songs.

I thought my festival days were over but singing the song with my son Richard has to be another highlight of my life and a special one, especially because the song is called 'SONG FOR DAD'

If you're already a user, click here to log in now. Otherwise, complete the simple form below to register with Joe George and take advantage of user playlists and more.

If you know your details you may Log In Now

Save this search for future use. With save search, you can easily share searches with colleagues, as well.

You can copy your selected tracks to an existing playlist folder or create a new one.

Change your playlist title and description. You can also change the playlist status from private to public or vice versa at any time.

To display an accurate price, please select your usage and currency. Then add tracks to your basket.

Please provide a few brief details below so that we can create your unique customised track.

You may only use this track in accordance with the terms of your Blanket License Terms and Conditions. Please contact us at Joegmicallef@gmail.com if you require a different usage and we can easily and swiftly extend your licence either for your selected tracks or for your entire Blanket Licence.

Usage outside of the terms of your Blanket Licence is an offence and we reserve the right to take action against you.

This track was purchased on under our agreement

You may only use this music track under the terms of the Creator license agreement that you have purchased. Please contact us if you would like to extend the terms of your license or use the music track for another purpose.

Usage outside of the terms of your license agreement is an offence and we reserve the right to take action against you.

Your account setting doesn't allow you to download stems and loops, please get in touch with the Joe George team to purchase stem/loop files.

Your bulk download request has been confirmed and our servers are busy compiling your tracks and zipping them up ready for download. You'll shortly receive an email containing a link to download your tracks.

Are you sure you want to delete the playlist folder? This action cannot be reversed.

You are deleting tracks from the playlist folder. Once confirmed, this action can not be reversed.

Try Before You Buy

With our Try Before You Buy account, you can:

Try Before You Buy

As a current Joe George client, you may contact us for a Try Before You Buy account. Try Before You Buy lets you download as much music as you like, with no obligation to purchase. Try out different tracks and synchronise with your production. Make your final track selection and only pay for the tracks you decide to use. No beeps, no annoying voice-over saying "copyright Joe George". Simply download and audition broadcast quality music tracks.

Contact Us today for your Try Before You Buy upgrade.

Please complete your details below and we will be in touch to provide you with your stem pack.

This track is available for licensing but we require your production details first before we can confirm your license. Please complete the details below and we will be in touch to discuss your license.

Sorry! You've now hit the download cap for your plan.
Please contact us should you need further help!

This site runs on Tune Bud, the composer website and music library platform.
The Tune Bud subscription for this site has now expired. If you are the site manager, please click below to reactivate your site.